Today’s Forsa poll for Stern and RTL shows a largely unchanged position over the previous week’s survey, with the CDU/CSU holding a 14 percentage point lead over their SPD rivals, 38 to 24 per cent. Third placed liberals the FDP improve a point to 9 per cent, to draw level again with their highest Forsa scores of this parliament achieved in May. The Greens, the leftist Die Linke and the populist AfD are all steady. 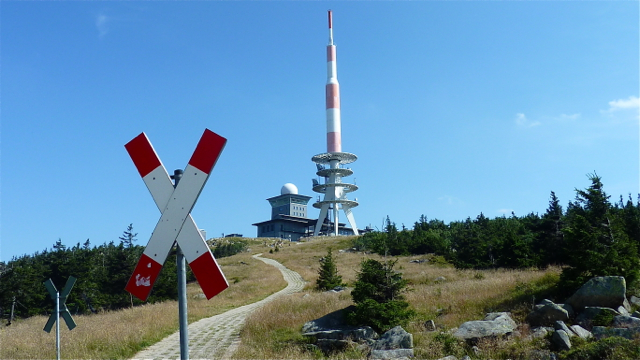 Chancellor Angel Merkel’s personal ratings gap over challenger Martin Schulz (SPD) is one of the principal drivers behind the CDU’s newly-dominant voting intention position. This week it stands at 53 to 23 per cent on the question of who would make the best Chancellor if the position were directly elected. In contrast to Britain, Forsa points out, the youth vote is swinging strongly to the right, with Merkel leading by 57 to 21 per cent among first time voters aged 18 to 21. To add to Schulz’s woes, he is also losing ground among his own SPD supporters, who are far less likely to back him personally compared to CDU and CSU supporters for Merkel.

Image: Looking towards the summit of The Brocken, Harz mountains, Germany, with traces of the former East-West German border visible. Photo: Andrew Cornwell. All rights reserved.