German populists the AfD (Alternative for Germany) continue to struggle in July’s opinion polls, with an 8 per cent score in today’s Ipsos poll being the joint lowest for the party since Ipsos began its currently fortnightly series in September 2016. 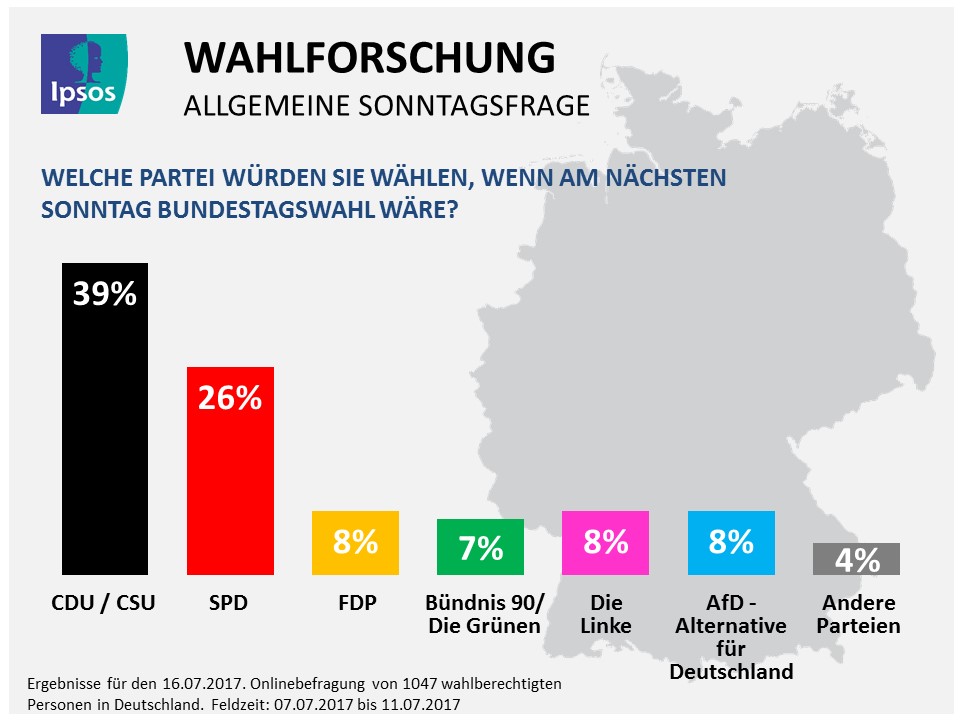 Other recent lows for the AfD include:

Given past tendencies for the party to ‘overpoll’ between elections and then underperform at the ballot box, the position will worry the AfD leadership with just over two months until the Federal Election. At least the party’s score has ticked up a point with two other polling organisations, Insa and Infratest dimap, after recent new lows in each case.

Meanwhile the violent events at the G20 summit in Hamburg and subsequent rows over political responsibility for policing have not yet shown up in the Ipsos survey, nor in YouGov’s poll issued yesterday. But with fieldwork carried out during or very close to last weekend, it is probably too early for any major effect to be felt. In both surveys the CDU/CSU maintains an enormous lead over the SPD, with the four smaller parties closely clustered together.

YOU GOV 12 July
Voting intentions, Bundestag, per cent
(change on 29 June in brackets):