Today’s monthly poll from GMS confirms that the great ‘Schulz surge’ is running out of steam, as other researchers have shown in the last fortnight. While the SPD gains slightly (up two points on a weighted projection, half a point on ‘raw’ figures) to reach 31 per cent, this is nothing like the huge advance seen in the February poll, as the long-term chart from GMS below illustrates. Meanwhile the CDU/CSU ticks up a point to 34 per cent. 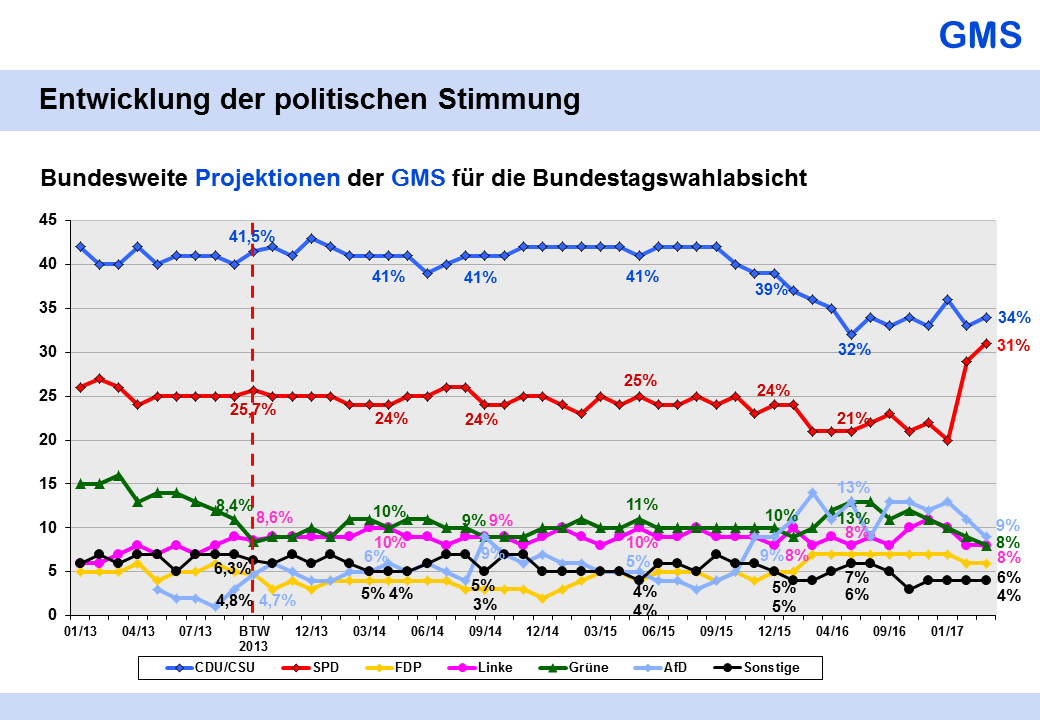 For the Greens yet another unwanted milestone is recorded: their 7.7 per cent score is the lowest recorded by GMS since September 2008. The other losers in the wake of the SPD’s recovery continue to be Die Linke, who hit a six-month GMS low, and the AfD, who see their lowest score with the pollster for eight months.

GMS’s parallel poll in Bavaria for broadcaster Sat.1 Bayern shows almost identical movements: the CSU are up a point to 45 per cent, the SPD gains two to reach 22 per cent and the AfD is down one to 9 per cent. Once again the Greens suffer, their Bavarian score of 8 per cent representing their lowest score with any pollster in the region since September 2013. For more detail on this poll, see the Sat.1 website here.