The scale of the Social Democrats‘ surge following their change of leadership is well illustrated by yesterday’s monthly poll from GMS that shows an incredible advance of nine percentage points since the firm’s 5 January survey. 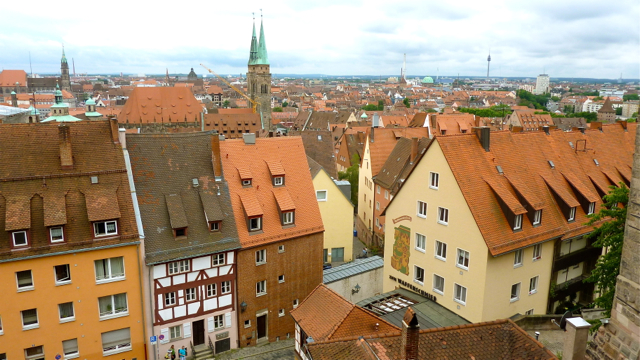 The ‘Schulz effect’ is clearly visible in the SPD score of 29 per cent, versus 33 for their CDU/CSU coalition partners – a loss of 3 points for Angela Merkel’s party. All four other forces – FDP, Greens, Die Linke and AfD – have lost between 1 and 2 percentage points in voting intentions.

Hamburg-based GMS, which carries out between 9 and 12 national polls annually, has not shown the SPD as high as 29 per cent since December 2012. The poll’s score for the Greens, at 9 per cent, is that party’s lowest with GMS for a year.

GMS habitually publishes two data tables – one containing ‘raw’ figures, and the second labelled a ‘Projection’ with weightings applied. Interestingly the SPD reaches 30.4 per cent on the raw data, compared to 29 per cent on the more refined numbers. (Other parties have much small gaps between the two approaches, ranging from zero to 0.8 percentage points). Also worthy of note is the number of undecided respondents – at 35.9 per cent, this figure is the lowest with GMS for two years, suggesting the SPD shake-up is energising the campaign as a whole.

Regional gains in Bavaria and NRW too

GMS has also released its monthly opinion monitor for Bavaria, carried out in partnership with broadcaster Sat 1.Bayern. Here too the SPD has gained sharply, moving up from 17 to 20 per cent – matching its result in the state election of September 2013. The ruling CSU drops back 2 points to 44 per cent with all other parties unchanged. If the SPD advance in Bavaria is less dramatic than nationally, it is probably a reflection of the more conservative nature of the southern state, where the CSU has governed continuously since 1957, coupled with regional problems afflicting the SPD – its Mayor of Regensburg was arrested in January amid allegations of corrupt donations.

The SPD has also seen an uptick in its support in Nordrhein-Westfalen, Germany’s most populous state. A poll from Forschungsgruppe Wahlen for ZDF television measuring voting intentions for regional elections (due in May) gives the Social Democrats their best rating in the state since December 2015, at 36 per cent. This is the first work carried out by the pollster specifically on NRW voting intentions since 2012, meaning comparisons are with other firms’ work and should be taken with caution, however the bump in support is clear. The CDU’s local score of 32 per cent appears in line with two January surveys in NRW from Emnid and YouGov. Meanwhile the Greens at 7 per cent receive their lowest rating of any of the 30 polls carried out since the last NRW state elections in May 2012. The FDP stand at 8, Die Linke 5 and the AfD at 9 per cent support.