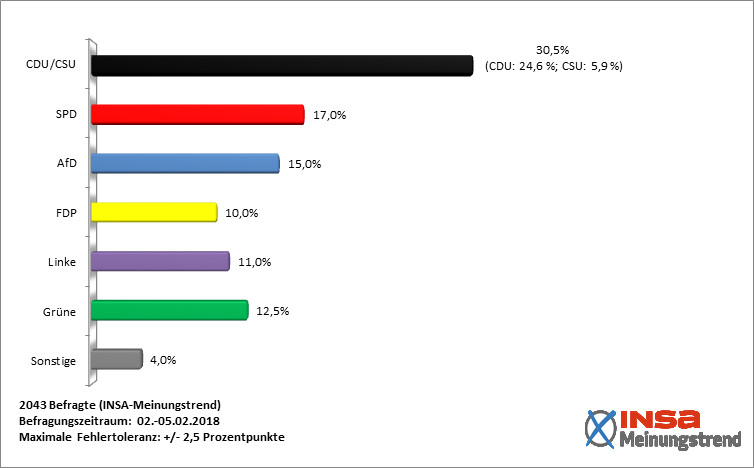 This INSA survey may turn out to be an outlier and certainly this poll puts the SPD below others published recently, which have given Martin Schulz’s party between 18 and 21 per cent. Equally the AfD has more typically scored 13 and 14 per cent in polls released during the last ten days.

On the other hand more difficulties may lie ahead once the full terms of the Grand Coalition deal are published, including many compromises that may alienate both CDU/CSU and SPD supporters – and there is also the tricky hurdle for the SPD leadership of gaining approval for agreement in a nationwide ballot of 450,000 party members. While it is the SPD that appears the most fragilised by the current political situation, a sharp drop of three points in a week for Angela Merkel’s party indicates that the centre-right is also facing tough challenges in retaining its support level.