A rare Maltese opinion poll was published yesterday by the Malta Today paper, with a year remaining until a scheduled General Election. It shows the governing Labour Party (PL) maintaining a comfortable lead over its Nationalist Party (PN) rival, despite a series of controversies in recent months including allegations of ministerial involvement in money laundering and visits to foreign brothels. 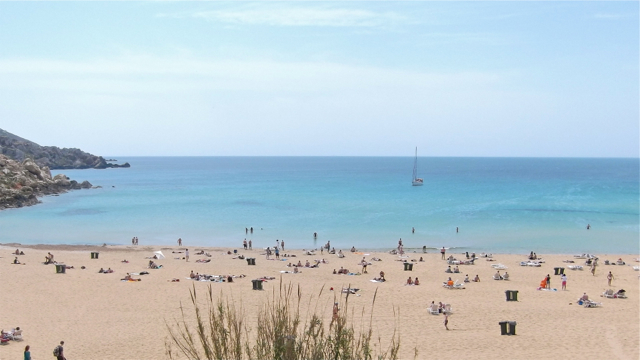 The term ‘two horse race’ could have been invented to cover Malta’s almost uniquely concentrated two-party system, and between them the PL and PN hoover up a staggering 96.1 per cent of voting intentions. As usual minor parties are struggling to assert themselves with only around 1 per cent each scored by the ecologically-focused Democratic Alternative (AD), and the Democratic Party (PD), a breakaway from Labour that was officially registered in November 2016.

The far-right anti-immigration Patriots, also founded last year, feature in this poll for the first time, but have yet to make inroads.

Ratings for the two competing party leaders are little moved in this poll. Prime Minister Joseph Muscat leads the PN’s Simon Busuttil by 40.2 to 33.1 per cent in the ‘Trust Barometer’ which asks survey participants who they trust most (‘Don’t Know’ 12.7, ‘None’ 14). Muscat is possibly being helped by a higher international profile as Malta currently holds the six-month rotating EU Presidency for the first in the country’s history.

Of significance in the poll is the high number of respondents falling into the categories of ‘Not Voting’, ‘Undecided’ or ‘No Reply’ – a total of 31.7 per cent. Along with its two-party system, Malta is renowned for high turnouts: 93 per cent of eligible voters went to the polling stations in March 2013. The gap between these figures suggests there is considerable potential for both main parties, as well as the minor forces, to make gains in the twelve months until the next election.